How to Read a Guy in 10 Minutes 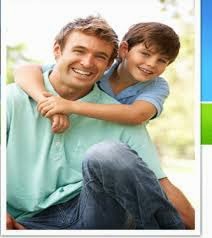 When you see a guy who takes your fancy when you are out and about, one of the talents you would love to have is to know how to read the guy. Most people would say that is impossible to read someone in any detail by only looking at them, but we disagree. There are many things you can learn about a man just by looking at him for a few minutes, and several key signs you can pick up on. These can help you understand when the guy is like without even talking to him, so you can know if he might be someone you would be interested in or not.

Appearance
The first and most obvious thing which you can tell about a guy by looking at him is his dress sense. You can tell if he is the kind of person who spends a lot of money on clothes and looks after himself, either by going to the gym or by using things such as hair products and fake tan. This can tell you if a man is indifferent about how they look, slightly bothered or far too into their own looks. Their appearance can also tell what they are like with money, if they are wearing designer clothes where the label is worth more than the product then you know the guy is either well off or likes to splash the cash just to act rich.

Personality
You can also find out a lot about a man's personality by observing them for a short period of time. If you know how to read a guy then you can easily determine whether they are a shy or confident person. A confident person will be talking a lot or imposing themselves on the conversation or situation. Whereas a shy person will not say enough and will often be the person laughing along awkwardly in the background. It is also easy enough to find out if they are polite or not, watch how they act. Do they hold doors open for people, hand people things, and simply give them respect while they are talking? All these things are strong signs of a man who will be respectful towards you and treat you right.

Interests and Hobbies
If you are very good at knowing how to read a guy then you will even be able to figure out their likes and dislikes just by looking at them. For example, a man who is clearly in very good shape obviously likes either going to the gym a lot or competing in sport, or both. Intellectuals can often be picked up by the way they are talking, do they seem to be leading the rest on a hot topic of conversation, or maybe they are being completely obvious by reading a book or the newspaper. Finally arty and creative people can also often be picked out by looking at them. They often like to dress in a unique way to make them stand out, and they often look at the things around them in a different eye to everyone else.